Hailed by many as the world’s leading solo bassist, Michael Manring has been pushing back the boundaries of what’s possible on the bass guitar for over three decades. While his technical skill and innovations always make an impression, it is his ability to communicate on a profound emotional level that most touches listeners. As editor Tom Darter wrote in Keyboard magazine after seeing one of Michael’s solo concerts, “Forget his astounding technique and musicality; forget his absolute command of his instruments; forget how seamlessly the musical ideas and the performance of them were wedded together…The enlightenment came most from feeling (seeing, hearing) the joy Michael felt to be playing…his brand of transcendental chops and musical understanding…was all in the service of the final outcome, the joy of making music.”

Building on the conceptions of his teacher, the late bass legend Jaco Pastorius, Michael has developed a new approach to the instrument that includes unorthodox tunings, techniques, and methodologies. He has honed his skills on hundreds of recordings as a session musician and thousands of concerts throughout the world in venues including Carnegie Hall in NY, Yamaha Hall in Tokyo and Davies Symphony Hall in San Francisco. Michael has worked with a surprisingly diverse collection of musicians from New Age keyboardist Suzanne Ciani to avant-improv guitar innovator Henry Kaiser to celebrated folk troubadour John Gorka to experimental post-metal rockers Tim Alexander (Primus) and Alex Skolnick (Testament) to electro-pop pioneer Thomas Dolby. His long-term collaboration and close friendship with the late acoustic guitar genius Michael Hedges led to a lengthy stint as house bassist for Windham Hill Records; a label for whom he also worked as a solo artist, releasing four recordings under his own name: Unusual Weather (1986), Toward the Center of the Night (1989), Drastic Measures (1991) and Thonk (1994). These, along with his 1998 release The Book of Flame on the Alchemy record label earned him an international reputation as “a master of the fretless bass without rival.” (Guitar Club Magazine, Italy). He has garnered two gold records, Grammy and Bammie nominations, a Berklee School of Music Distinguished Alumni Award, two Just Plain Folks Awards and numerous Bass Player Magazine Reader’s Poll awards including 1994 Bassist of the Year. He was also the subject of a PBS TV documentary, “The Artist’s Profile: Michael Manring” and a Youtube video of him playing his iconic solo piece “Selene” has well over a million views. 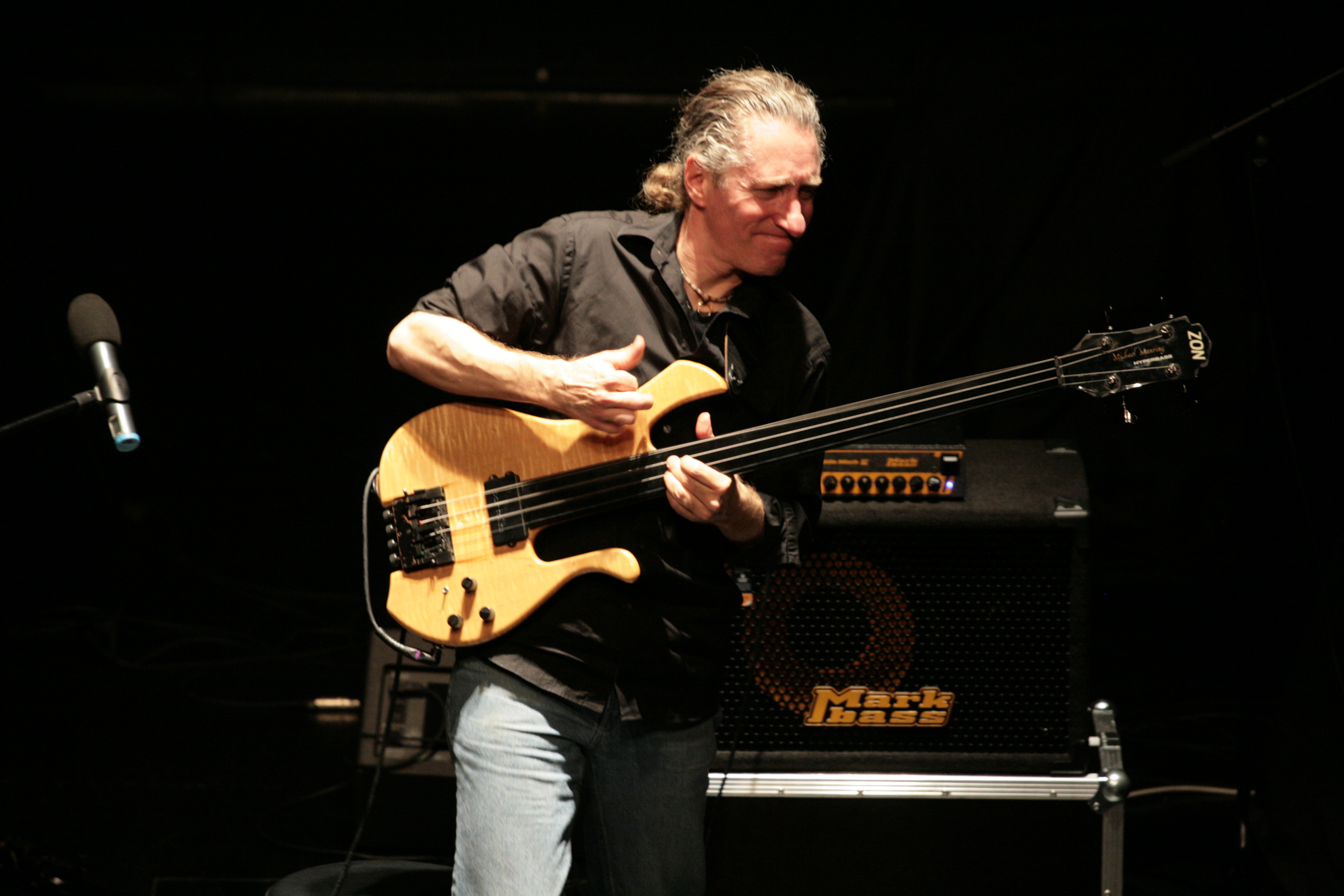 In his solo concerts, Michael weaves together his musical influences into a tapestry rich with expression, virtuosity, humor and meaning. As one writer put it, “Michael Manring can do more with a bass than even the most creative individual could imagine” (L. Pierce Carson, Napa Valley Register). His newest release Soliloquy, performed entirely solo without overdubs, is the best-recorded example yet of that depth and diversity. Using a variety of bass guitars and the far-reaching, innovative approaches he is renowned for, with Enhanced CD content including Michael’s extensive 24-page liner notes detailing the composing and recording process, photos and live performance videos, Soliloquy takes the listener on a unique musical journey. We hope you’ll follow the advice of France’s Musicien magazine: “Do not miss your next opportunity to discover the bassist with the most fresh and inventive playing today.” 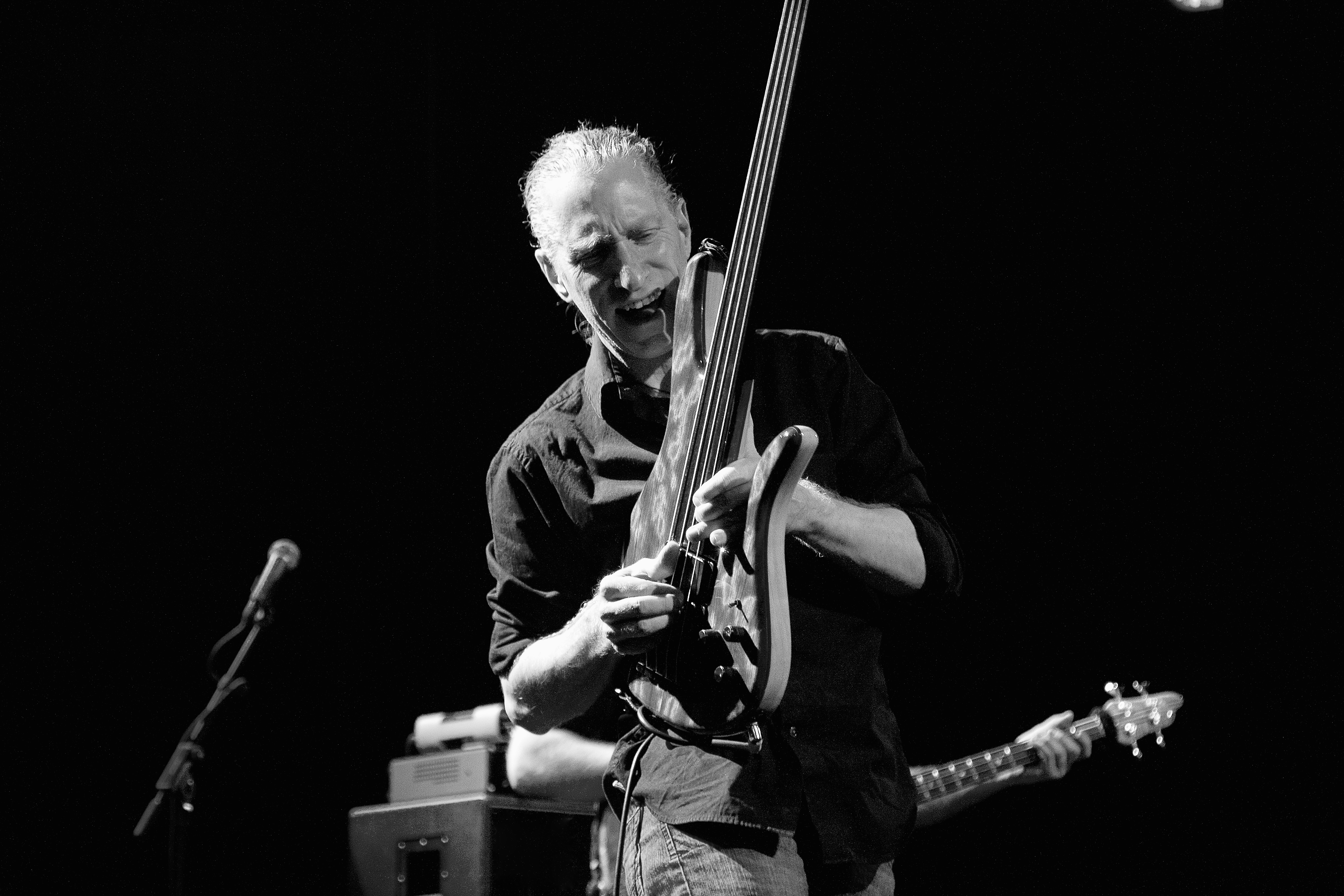 Through his innovative work as a solo artist and his contributions as a sideman to Joe Satriani and Steve Vai, Stuart Hamm has firmly established himself as one of the most influential electric bassists of the past half-century. Extending the non-traditional function of the electric bass previously revolutionized by Jaco Pastorius and Stanley Clarke in the 1970s, Hamm helped to reshape the contemporary concept of the bass guitar as an unaccompanied instrument with the utilization of polyphonic, two-handed tapping, slapping and popping techniques, chords, and harmonics.

He was the first bassist to have a Signature Model Electric Bass with Fender, and has designed sounds and gear for the Hartke, Washburn, Zoom and Korg musical corporations. As one of today’s leading bassists, Hamm has released six critically-acclaimed studio recordings and has enjoyed recording and touring stints with guitar icons Joe Satriani, Steve Vai, Greg Howe and Frank Gambale. His long-time associations with Vai and Satriani garnered him award-winning recognition on a global scale, and as a result, Hamm has received an extensive list of accolades such as being voted “Best Jazz Bassist” and “Best Rock Bassist” multiple times in magazine polls conducted by several major print publications worldwide. As an educator, Hamm has released multiple best selling instructional courses and taught at the Berklee School of Music, Blue Bear School of Music and served as Bass Program Chair at Musicians Institute.

Kai Eckhardt is a German born bassist and composer best known for his work with John McLaughlin, Vital Information, Trilok Gurtu, Billy Cobham and Garaj Mahal—a band he co-founded n 2000. Educated at the prestigious Berklee College of Music Eckhardt has also collaborated on projects with guitarist Larry Coryell as well as keyboardist Patrice Rushen. Eckhardt is known for his fast chordal slap-style abilities, and for his unique combination of funk, jazz, and world music.

He lives in Berkeley, CA and teaches at UC Berkeley and the California Jazz Conservatory.

Kai has recorded bass tracks on over one hundred studio recordings over the last 40 years and his band Garaj Mahal has made over 400 live shows available for download. His composition “The Shadow” won the Independent music awards in 2007.  Most recent engagements include shows with Stanley Jordan, Ronnie Laws and George Brooks. Norm Stockton travels extensively throughout North America, Europe, and Asia. He has been profiled in Bass Player magazine and is recognized by many as one of today’s premier bassists. From 2006 to 2012 he was the touring and recording bassist with chart-topping worship artist (and former Steve Perry guitarist) Lincoln Brewster.  Norm has also performed or recorded with a number of Grammy-winning artists. As a solo artist, he has released two instrumental jazz projects that have garnered widespread global acclaim.

Stockton’s instructional DVD series, Grooving for Heaven, is distributed by Alfred Publishing and has been enthusiastically received in the United States and abroad. His instructional website (ArtOfGroove.com) serves subscribers from around the world.  Known internationally as an educator and clinician, he has taught at Biola University, The Los Angeles Music Academy, Tech Music School London, Concordia University and other music education institutions. He served as bass columnist for Worship Musician magazine for many years.

He lives in Mission Viejo, CA, with his wife and daughters. 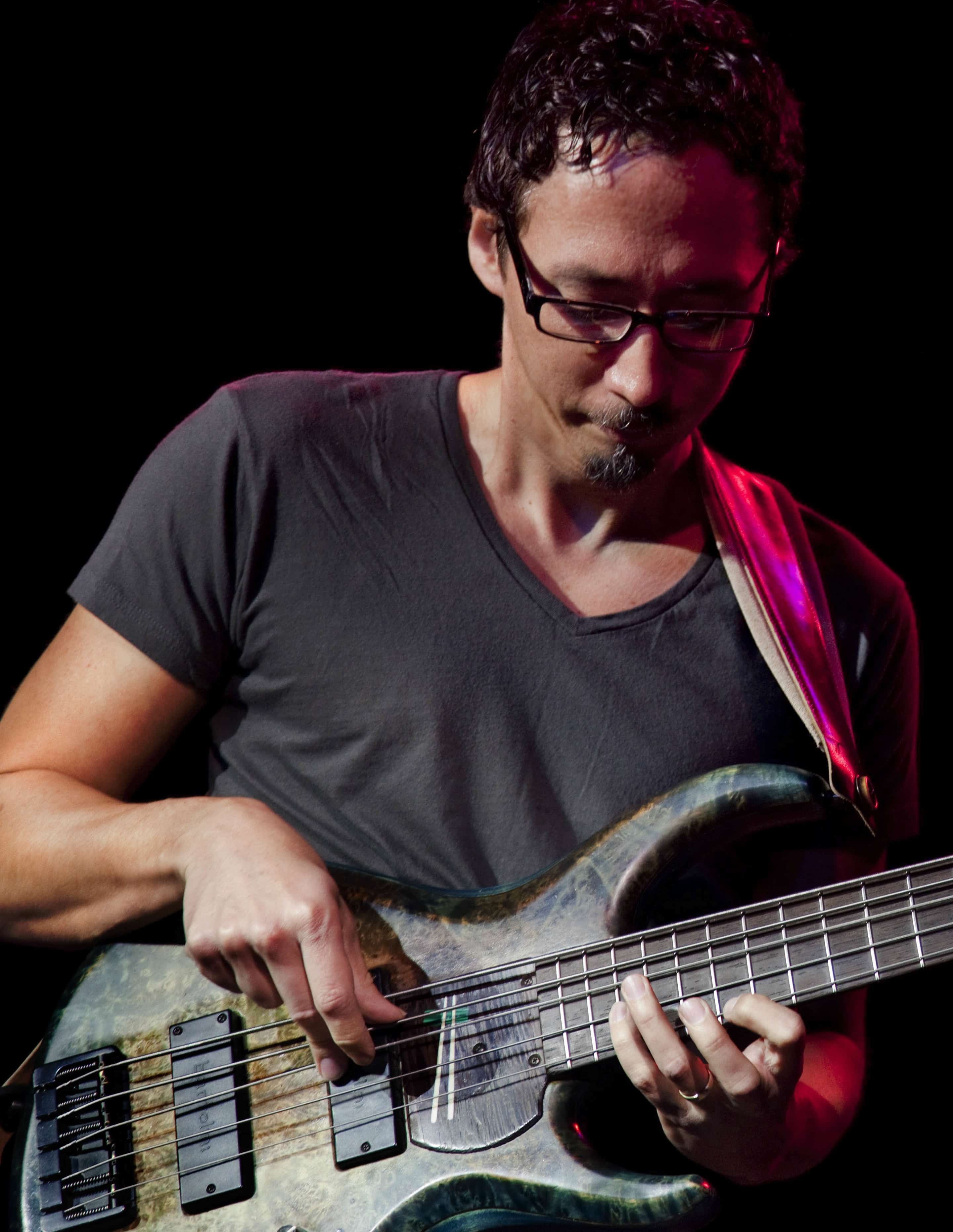 His solo electric bass compositions/arrangements, which use extended techniques to create the sound of an entire band have garnered a lot of attention, including his arrangement of Herbie Hancock’s “Chameleon” being ranked the #1 bass video of 2015 by No Treble magazine. Following his debut 2014 solo album Out of the Bassment, he is now recording his second, Freedom which emphasizes polyphonic improvisation. He is also preparing for the 2019 Waupaca Bach Festival where he will debut a one-hour performance of music by Bach that he has arranged for solo six-string electric bass. 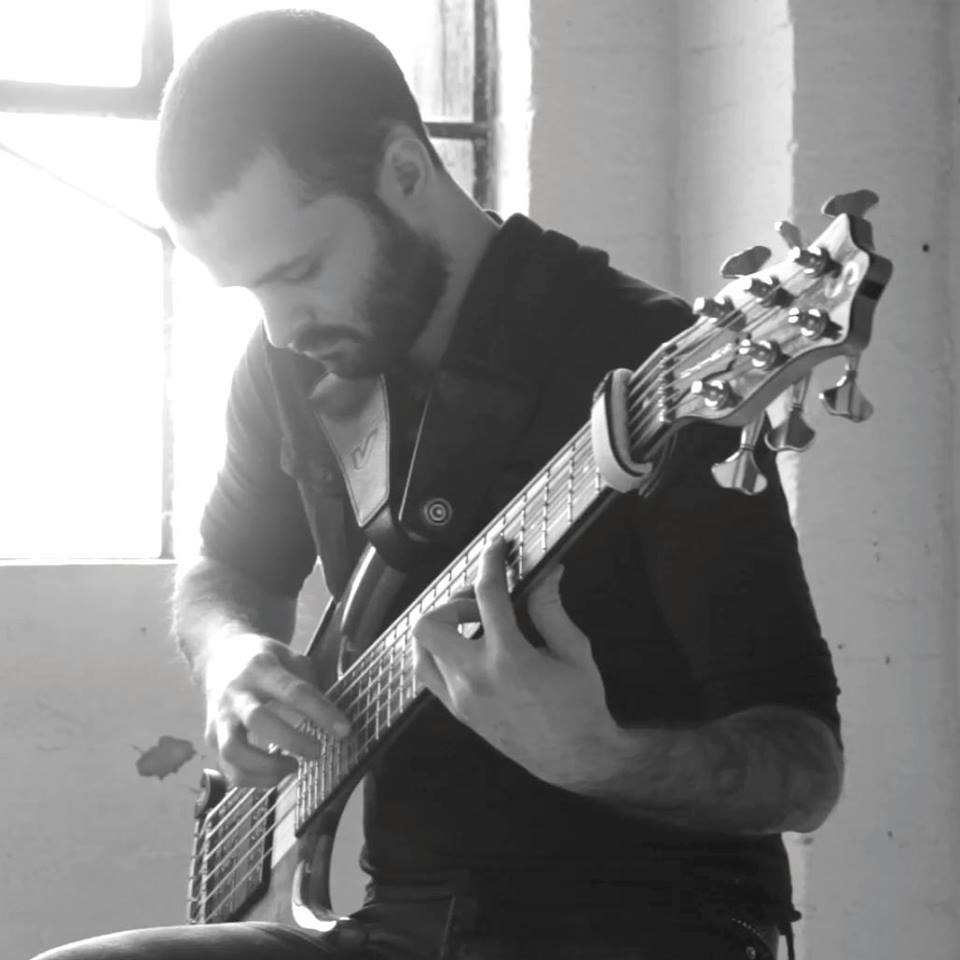 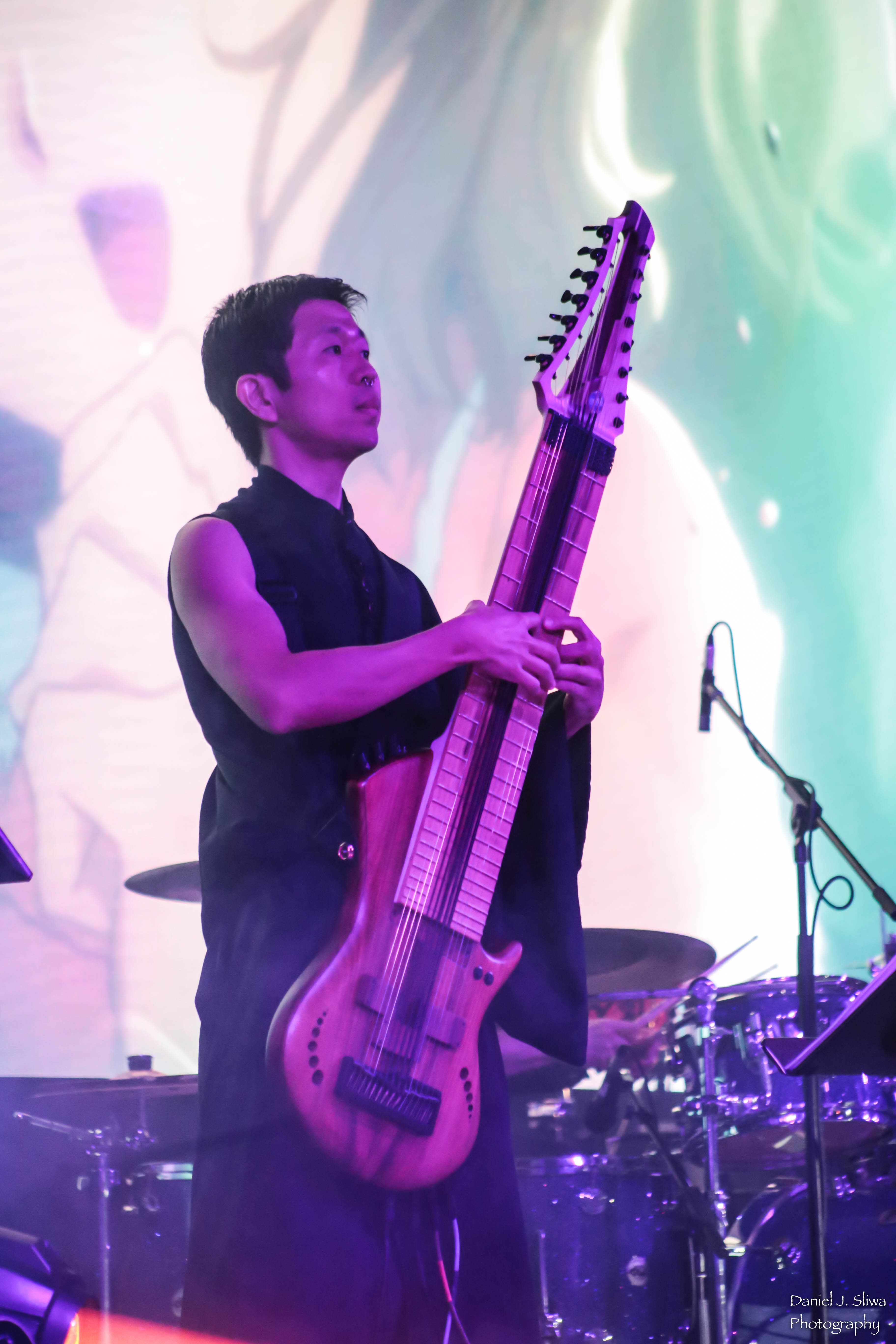 Kai Kurosawa picked up the electric bass at the age of fifteen. Today his primary axe is Kūbo (aka the Aircraft Carrier); a custom 15-string instrument which he co-developed with renowned luthiers Michael & Daniel Tobias (MTD). Kai self-taught and also self-created fresh new cutting edge musical techniques for this unique instrument.

Widely considered as truly one of a kind player, he is frequently invited to teach seminars and clinics in the United States, Europe, and Asia. He is consistently busy working with various bands and creative projects; genres include jazz, progressive metal, rock, pop, and electronic music.

When he first picked up the electric bass, Johnnie Gilmore knew he had found his calling. Music had always been a passion for him, starting with after-school piano lessons in second grade, but at that point — a few months shy of his fifteenth birthday — it became his life’s work. During his college years at Wesleyan University, he developed a unique voice as a solo artist and songwriter in his own right, building his repertoire over thousands of hours as a street performer in his hometown of Boston.

After graduating from Wesleyan, where he won the Gwen Livingston Pekora prize for excellence in music composition as a senior, Johnnie moved to Los Angeles, releasing his debut solo album, Salt of the Earth, in November 2018. 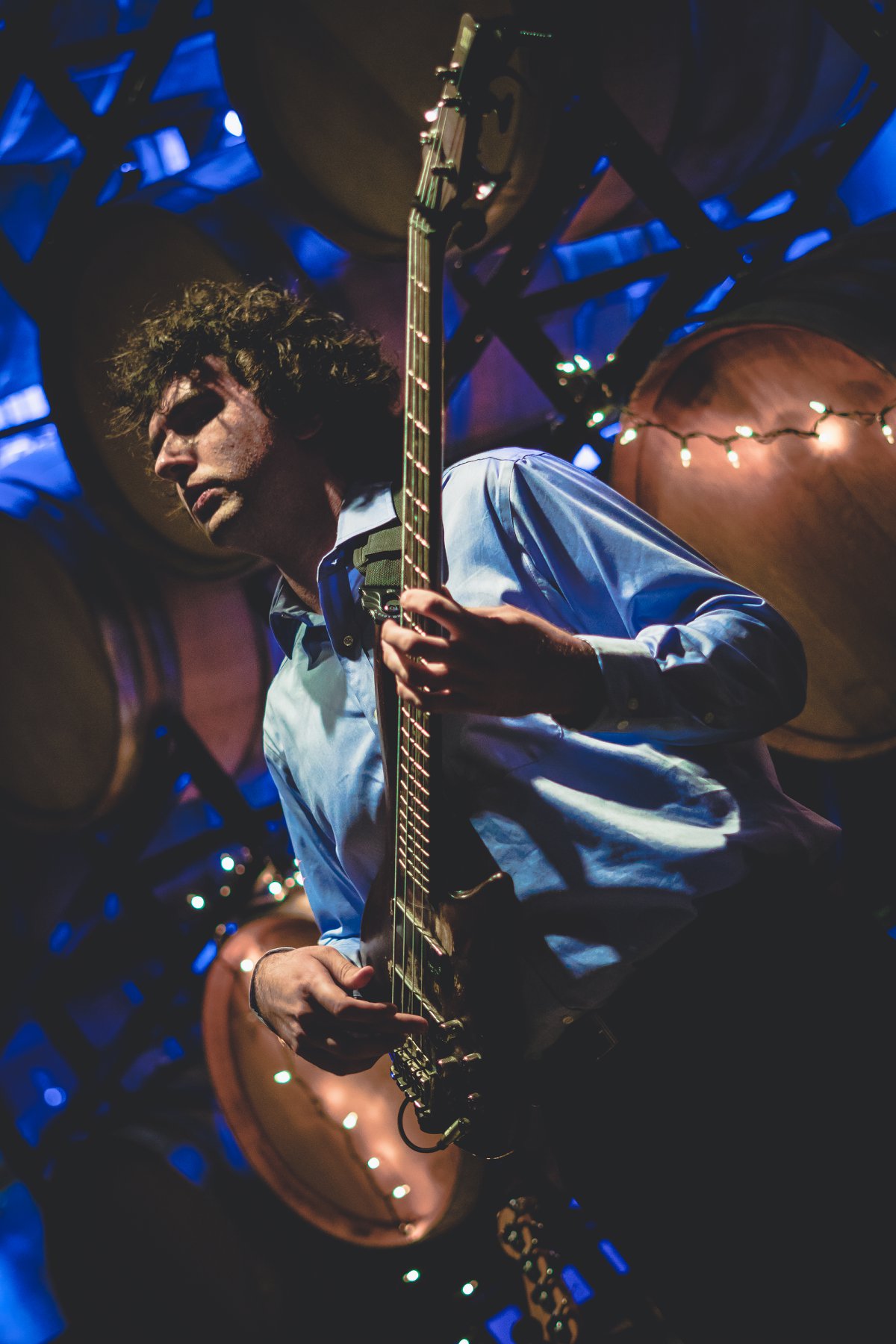 Her book Music Theory for the Bass Player was published in September 2015 and hit #1 bestseller status in its category within weeks. It is a groundbreaking book that teaches music theory in shapes via fretboard diagrams rather than through teaching standard notation at the same time, which, as the author says, is a vital (but different) skill, that is easier to learn once music theory is mastered.

Ariane started a popular blog in October 2015 at arisbassblog.com featuring free teaching videos about concepts in her book.

Ariane is also an educator for the powerhouse TrueFire as well as for scottsbasslessons.com. She has a regular column called Talking Technique on the webmagazine notreble.com

Ariane has been featured for her creative playing techniques and solid bandmanship in Bass Player Magazine, Bassquarterly, Der Bass Professor, Bass Musician Magazine and many other publications.

She was inspired to explore solo bass when listening to Michael Maning, Jeff Schmidt and attending a clinic with Steve Lawson. 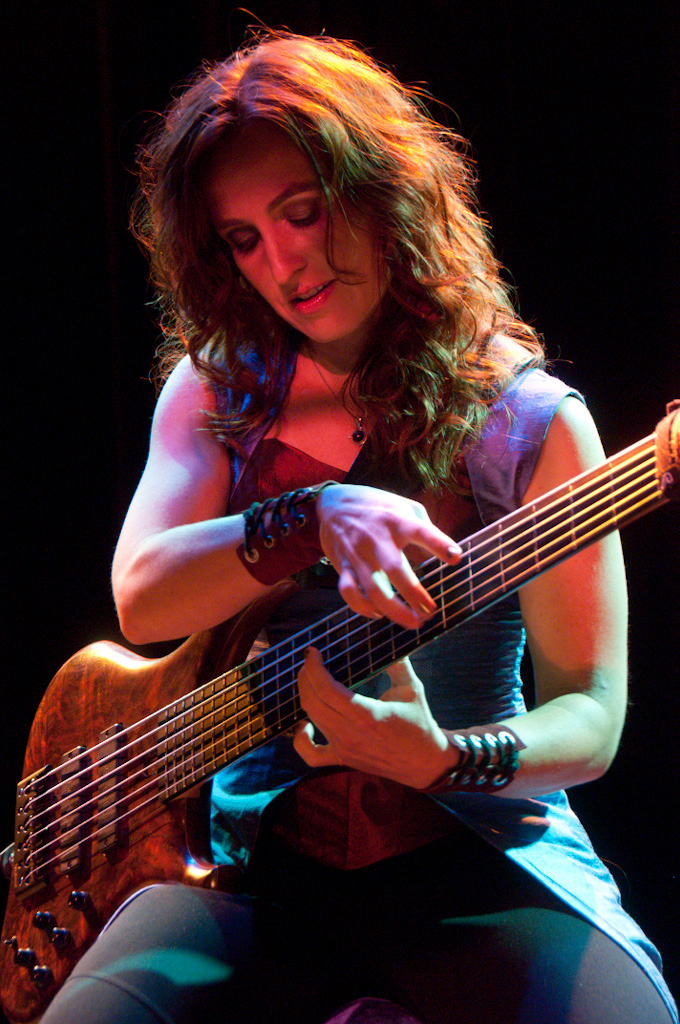 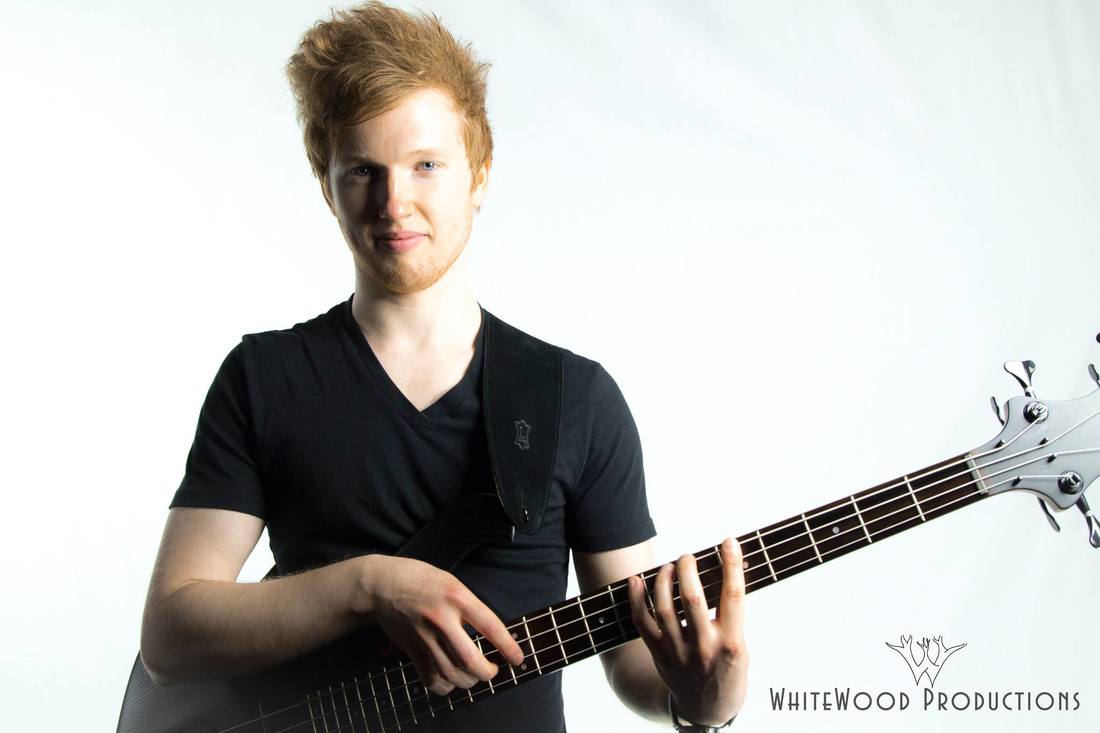 British bassist, Charles Berthoud (pronounced BEAR-too), is changing the way we think about the bass guitar. Already being recognized as one of the masters of the two-handed tapping technique, he plays the bass like a piano, accompanying himself with multiple parts. He even co-authored an instructional book, Two-Handed Tapping, before graduating Berklee College of Music with highest honors.

Now, he has two extraordinary solo albums under his belt, reminding listeners that there are still new frontiers to be explored in popular music. If Charles Berthoud is the one to chart this new territory, then music lovers are in good hands. Jayme Lewis is a bassist, author, educator, YouTuber… and a bunch of other things that no longer fit on his business card. When he’s not on the road or in the studio Jayme can be found at TheBassist.net and The Bassist Podcast.